For the sake of public health, more and more countries and states have enacted the smoke-free legislation on a nationwide scale. The law is frustrating for many smokers, especially heavy smokers when it comes to traveling overseas. Not to mention a long flight with tobacco cravings, smokers have to deal with the fact that smoking is banned in many public places all around the world.

Can you smoke in Vietnam? The answer is yes, you can smoke in Vietnam. Vietnam has a strong smoking culture along many of its middle aged and older residents. Because of this, cigarettes are rather inexpensive and easy to find. Most cigarette packs will cost less than $.150 USD in Vietnam.

Vietnam is in fact among the top smoker-friendly countries in the world. Many of Vietnamese citizens smoke, including males and females. It was reported that nearly 45% of Vietnamese men smoke in 2018, meaning that 4 out 10 men you come across on the streets probably smoke. You will find that Vietnam is truly a paradise for smokers. Smoking is allowed at most the outdoor spaces, except for some particular places like kid zones. Cigarettes are also sold widely available on every street corner and small shop. In major cities like Ho Chi Minh, you can easily buy a pack of cigarettes at all convenience stores as well as at almost every vendor stall, cafe, or restaurant in the city. This is mainly because the legislation to sell tobacco products is not regulated in Vietnam like other countries.

If you are spending time in the countryside of Vietnam, feel free to smoke most anywhere you want. You just need to be aware and notice if other people around you are becoming uncomfortable with your cigarette smoking. Most families will actually put out an ashtray for you to use if they know you are a smoker as its been ingrained into the male culture here in Vietnam.

While in urban areas, there are more people concerned about the hazards of secondhand smoke. It leads to an increase in the demand for smoke-free environments, especially in unventilated spaces. However, it’s not a big deal because usually there are special rooms for smokers. Take a look at the following lists to see whether you can smoke in those places.

Where can I smoke in Vietnam?

In order to avoid the odor of cigarette smoke annoying other guests, many hotels in Vietnam do not allow smoking inside the rooms. However, smoking rooms are also available in most of the big hotels and some smaller hostels. For further information about these rooms, you can check out the terms and conditions on their booking sites or ask the hotel’s receptionist directly.

Restaurants, bars and coffee shops in Vietnam usually have open-air design so that they are quite welcoming of smokers. If you want to know if you can smoke or not, ask for an ashtray. If they provide you with one, then you can smoke. If they don’t they will be sure to let you know that smoking isn’t allowed which is rare in outside cafes or restaurants. Other guests may be annoyed even if the cafe or restaurant permits smoking. I suggest using common sense and try your best not to be rude.

Universities and schools will have a separate place for smoking that will most likely be in a hidden area from the students or slightly off campus. This would be important to know for many expats moving to Vietnam for a teaching position.

Places where you cannot smoke in Vietnam!

In terms of airports, smoking is allowed but restricted to specific rooms in the airport. There are very few smoking rooms that you can find there. For instance, in Tan Son Nhat international airport, there are only three rooms for smokers – one in the domestic terminal and the two others in the international terminal.

Smoking is totally banned in the other locations mentioned above, including indoor and outdoor spaces. The government requires smoking restrictions for such places in order to improve population health as well as fire prevention. The penalty for lighting a cigarette at these places ranges from one hundred thousand to five hundred thousand VND so I wouldn’t recommend trying it.

What should you know about Smoking in Vietnam?

Just like drinking, the legal age in Vietnam to smoke is 18. For those who are under 18, they are not allowed to smoke, buy and sell tobacco products. It’s also illegal to sell nicotine and tobacco products for them.

In Vietnam, you can find both domestic and international tobacco brands. The most popular are Jet, Hero, Craven A, State Express 555, Sai Gon, Khanh Hoi and Vinataba. For more expensive brands like Marlboro and Dunhill, you can find them at convenience stores.

A pack of cigarettes in Vietnam costs you approximately from 20,000 VND to 30,000 VND. Surprisingly cheap, isn’t it?

Notice that Vietnamese cigarettes are considerably “strong”, which means they contain a high amount of nicotine, even with filters. If you are not a heavy smoker and prefer light cigarettes, Dunhill is a good option.

Not only smoking, do you know that you can also use e-cigarettes or vape legally in Vietnam? Vaping has become a trend in Vietnam recently, especially in big cities like Ho Chi Minh, Ha Noi or Da Nang. Click this link to read our full guide about vaping in Vietnam.

All in all, smokers are generally welcomed in Vietnam compared to other countries in the world. Keep in mind the lists above and have a nice trip here.

Originally Published Here: Can You Smoke in Vietnam? 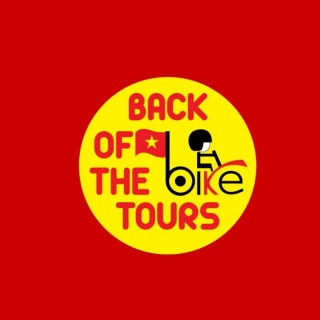